Part of the Iowa Events Center complex, the arena is home of the NBA’s Iowa Wolves, the Iowa Barnstormers of the Indoor Football League and the Iowa Wild of the American Hockey League, as well as playing host to the Hy-Vee Big Four Classic (a showcase of all four NCAA Division I Men’s Basketball programs in the State of Iowa: Drake University, the University of Iowa, Iowa State University and the University of Northern Iowa), plus the Iowa High School State Wrestling and Girls and Boys Basketball Tournaments.

It is the largest arena of its kind in the area and with state-of-the-art sound and lighting systems and incredible special effects, every event at Wells Fargo is a thrilling spectacle – no wonder people visit time and time again! 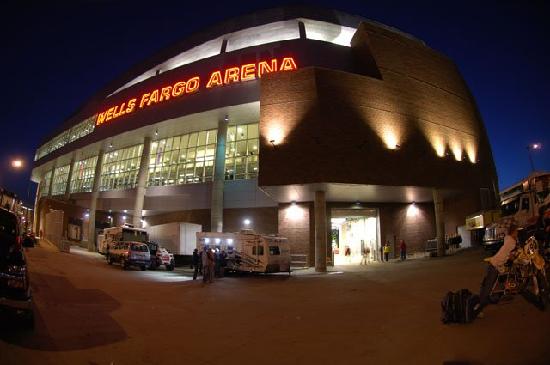